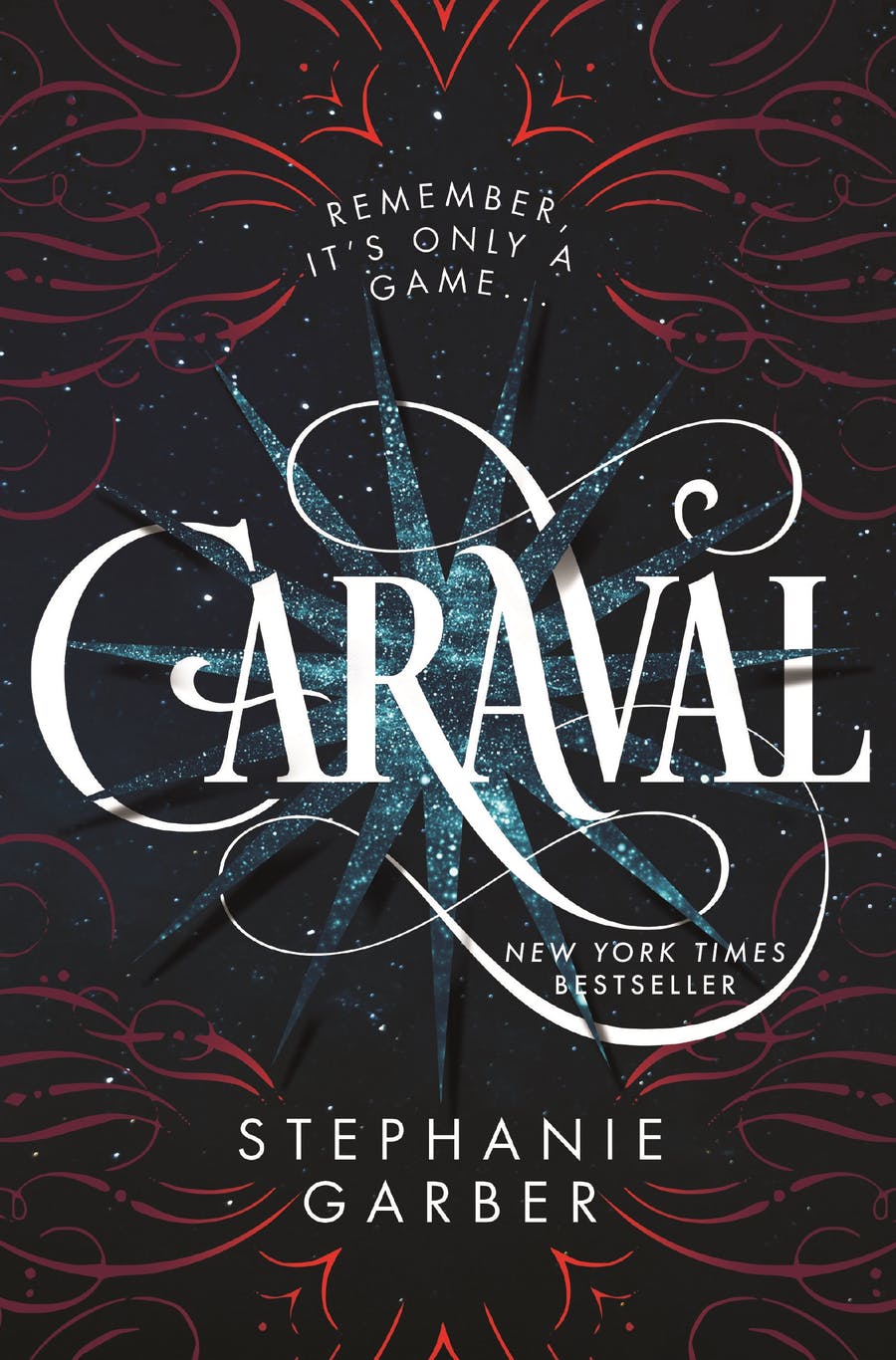 Welcome to Caraval, where nothing is as it seems

The story starts on the conquered isle Tresda, where we meet our main characters, Scarlet and (Donna)tella Dragna They are the two daughters of the governor. You would think this gives them a life of luxury, but nothing could be farther from the truth. Their father is abusive, they are not allowed to leave the isle and their father arranged a marriage for Scarlet to someone she has never met.

Scarlett’s grandmother used to tell her stories about a magical game led by a mythical man named Legend. Since Scarlet couldn’t leave the isle, she wrote to Legend to make him come to Tresda. Every time without an answer, until a few days before her wedding she received two invitations to Caraval (the Game), but it was still not on Tresda. Tella found a way to escape and that’s how this adventure began.

However, Scarlett lost Tella before she set foot on the ‘Caraval’ island and she discovered that the magic wasn’t as nice as her grandma described it to be.

The game this year turned out to be more personal for Scarlett because the goal is to find Tella. Scarlett has to find her sister without losing her mind in the twisted reality created by Legend. Will she succeed?

This book grabs you by the throat as soon as you start reading it. I love how Scarlett always protects Tella while she always keeps getting into trouble.

Stephanie Garber proves with this series that she is a genius in creating amazing worlds. The visuals that my mind made whilst listening to this audiobook, make me wish I had more talent for drawing. I would have drawn so many scenes from this book. Alas, they will have to stay in my head.

I do think we get thrown into the world of Caraval quite fast and I would like to know why rules are so strict that people from the conquered isles can’t go beyond their borders. And conquered, by who? Or did I miss something? Does this mean a prequel would be in order?

But then the book would not be as magical. I really can imagine that Caraval was beautiful when their grandma was in the game. But the darker the mind of the creator, the darker the game.

What do you think? Would you want to be in the game? Would you like to see a prequel to this series?

You can order the book here: Caraval (macmillan.com)