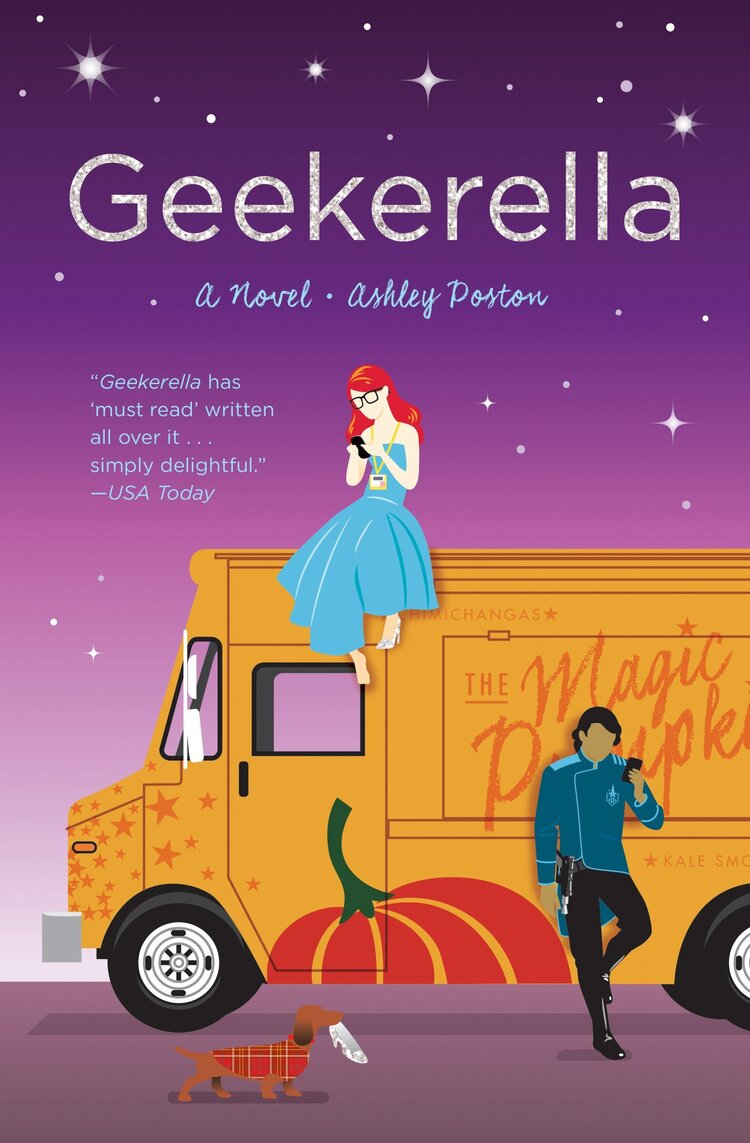 Like many of us, I grew up on the classic fairy tales. At least the cute Disney version of it. But in my teens, I got fascinated with the real originals from the brothers Grimm and Hans Christian Anderson. I am always excited to see a new adaptation of those. I am also a geeky girl who misses cons since the pandemic is preventing them from happening. So this book seemed perfect.

This book does not deviate a lot from the cute Cinderella version. It brought it to the 21st century. The prince is the new lead actor in the Starfield movie. Our Cinderella is a blogging fangirl of the Starfield series who does not like Darien Freeman as the new Prince Carmindor.

Elle’s father however was one of the organisers of ExcelsiCon. Darien was forced to go to this con as a publicity stunt. He wanted to get in touch with the organisation before he has to go, but he gets Elle’s phone number. They start texting each other and fall in love without knowing who is on the other side of the conversation.

The ball from the Cinderella story is ExcelsiCon and the cosplay ball (read after party). Elle’s evil stepsister does everything to prevent her from going, but a friend from work, called Sage, plays the role of the fairy godmother and fixes everything. She drives her to the con in her food truck, called ‘The Magic Pumpkin’. She fixes Elle’s cosplay. Members of the organisation recognise Elle and give her access.

When she wins second place in the cosplay competition she wins a ticket to the ball and “meet and greet” with Darien.

They meet and find out they were the ones who were texting each other. Even with Darien’s busy filming schedule, you could say: “They lived happily ever after”.

So you can already guess from other reviews that I am not a fan of cheesy stuff in books. So knowing this is a Cinderella retelling, I set myself up for failure. So I am not holding it against this book.

Ashley Poston did do a good job in describing the feelings of a fangirl and bringing her audience to a con whilst reading. It makes me long for the days I spent with my friends on cons. That is why I still like this book.

However, I’m still debating if I am going to read the other books in this series. So you will see if or when that happens.

Here you find the site of the author: ASHLEY POSTON (ashposton.com)