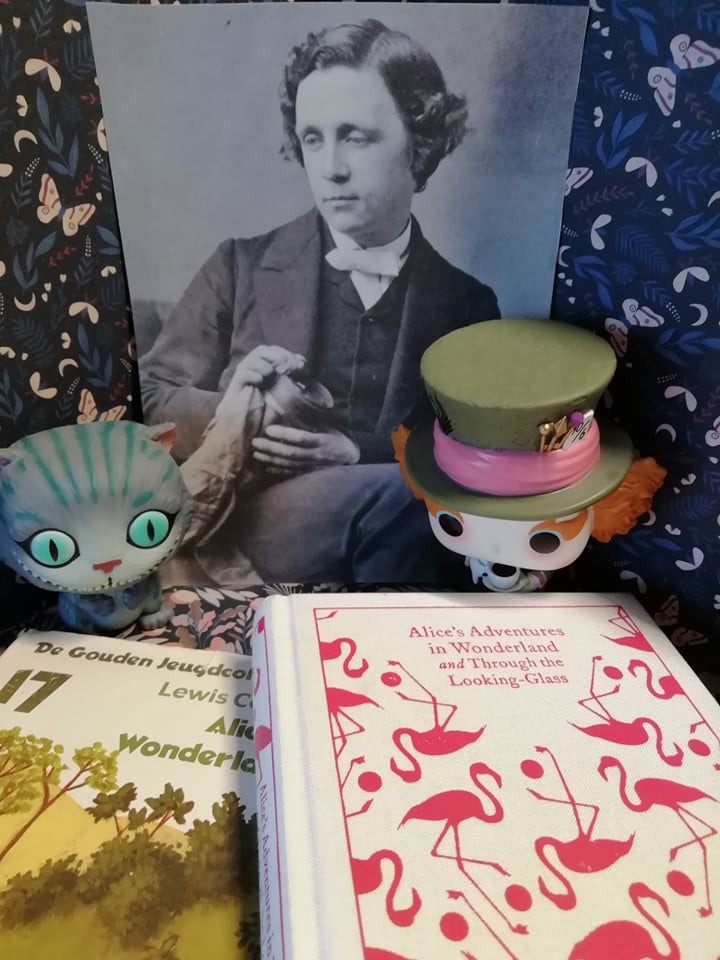 The frabjous author who created wonderland

Lewis Carroll was born Charles Lutwidge Dodgson on the twenty-seventh of January 1832 in Daresbury, England. Later, he chose Lewis Carroll as a pen name. His siblings and he were raised in a rectory by their father. So they had to entertain themselves. Lewis was the eldest boy in a family of 11 children. He started creating games and writing stories for his younger siblings. He was a shy boy and had a terrible stammer, but became vocally fluent when talking to children.

However, he did have other talents. As a boy, he excelled in mathematics and won academic prizes. When he turned 20, he got a studentship at Christ Church College. This is where he became a mathematics lecturer. This is also where he met Alice Liddell and her sisters. She was the dean’s daughter and would become Carroll’s inspiration for his stories.

Being a don at Christ Church meant he had to stay celibate, but his relationships with young girls are still subject to controversy. There isn’t evidence of abuse or anything, but he was really close with many young girls.

How wonderland came to be

During his first years in Oxford, he wrote political pamphlets and essays but preferred writing for a younger audience.

Being a natural storyteller and entertainer for children, was an immense source of inspiration. He didn’t just write ‘Alice’s adventures in wonderland’ as a birthday present for Alice Liddell, he also wrote poetry in the literary nonsense genre.

On the fourth of July 1862, Lewis Carroll took the Liddell sisters on a boat trip. During this boat trip, he told them a story. Alice liked this story so much that she asked him to write it down. So he did, for her birthday. After some convincing from friends, he sent it to Alexander Maximilian who published it in 1865. That is how he became an author and to this day the fourth of July is Lewis Carroll day in Oxford.

Smile for the camera

He was also a well-known photographer and made beautiful portraits of famous people like actress Ellen Terry and poet Alfred Tennyson.

But he also photographed children in different costumes and situations, even nudes. Apparently, though, that was quite common in Victorian times.

A normal death for a sometimes mimsy man

Not much is said about his death because it seemed to be a natural death. Shortly before his 66th birthday, he caught a severe case of influenza which led to pneumonia and he died on the fourteenth of January 1898.

We might never know how he was as a person, but we do know his literary work will live forever. It has already inspired many people and will continue to do so for many years to come.