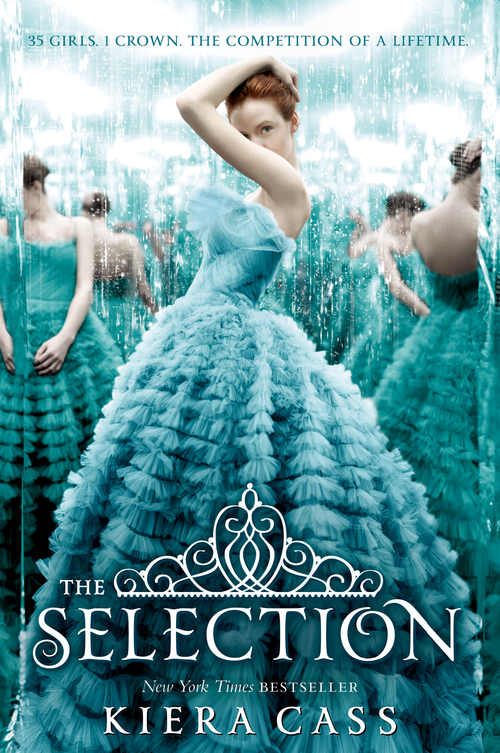 The Hunger Games in romantic overdrive

Okay, I admit it’s no surprise that I don’t like a romantic book. It’s just this series is so hyped that I thought it must be good. It is supposed to be a dystopian novel first and I do like that. But alas, it didn’t turn out that way.

The beginning was alright we got to know America, the caste system, a little bit of what happened and her love interest at home. But then, America got selected for ‘The Selection’.

First of all, I think it is weird that a future civilization after a disaster would still want a monarchy. Second of all, it is not really women-friendly that the prince can just choose his future wife this way. It’s like one big ‘Hunger Games’ without the killing. I did like the ‘Hunger Games’ books because of everything that’s going on outside of the game, but in this series we just stay with America way too long. There are only small bits of information we get from outside of the ‘Selection’. It is not enough to understand the situation or to create sympathy for what’s happening. And why do the girls HAVE to wear dresses all the time? It’s not like modern-day princesses never wear anything else.

I did expect the prince would have made his choice by the end of the first book, just like the game was won in the first ‘Hunger Games’ book. But alas, it just continues in the next two books. So basically, it is a 900 pages (or so) book cut into three 300 pages books.

If I had the chance to proofread this book I would have recommended Kiera Cass to focus more on the history that created this dystopian world and less on the cheesiness of the competition. I guess that cheesiness is probably why this series is so successful. I suppose it is more like a guilty pleasure, but not for me.

If there would have been more story besides the competition it would be a good book, I can see Kiera Cass has talent, but I do not like the storyline.

Hey, that’s just my honest opinion. Everyone is entitled to an opinion.